History of the Planpraz cable car in Chamonix

I often ponder what places would have looked like in years past. This reflection has lead me to investigate the history of the ski lifts that I know and use. Recently, I have been collecting information and pictures about cable cars in the Chamonix Valley and specifically about the Planpraz lift. This was actually the third cable car in the Chamonix Valley completed in 1928. As the table below indicates, the first lift in Chamonix and France was opened in 1912.

I want to acknowledge the websites listed at the end of this blog for much of the information and the pictures I have used.

Planpraz is a plateau area at roughly 2000m on the North side of the Chamonix Valley; it overlooks the town. The idea of a lift there, and beyond to the top of Le Brevent (at 2525m), was first seriously pursued in 1912 by Alfred Cachet, the owner of the, still very grand, Majestic Hotel. 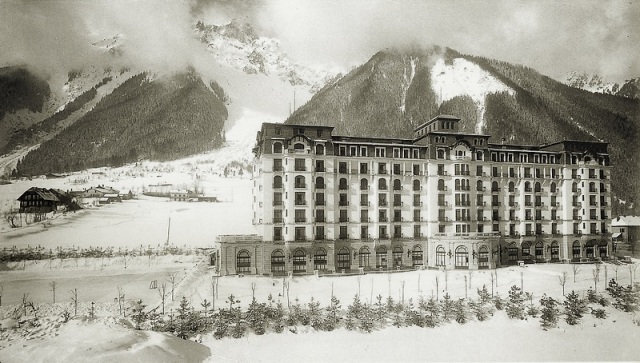 His idea was inspired by the concept of the Aiguille du Midi lift. His plans were put on hold by WW1 but in 1920 he put the proposal to Chamonix Council. They approved of the plan in 1921 and a concession was signed in 1922. But development was then delayed because it involved clearing of a section of communal forest for the pylons and cable. It took a Presidential intervention to clear this obstacle in 1925. However, this proved to be too late for M Cachet who had run up substantial debts in the meantime and was forced to pass the concession on.

In some respects, however, the delay was good for the project because new technical developments made the project more feasible and a new route and plan was developed. This picture shows the route and provides a good picture of Chamonix in the 1920s. 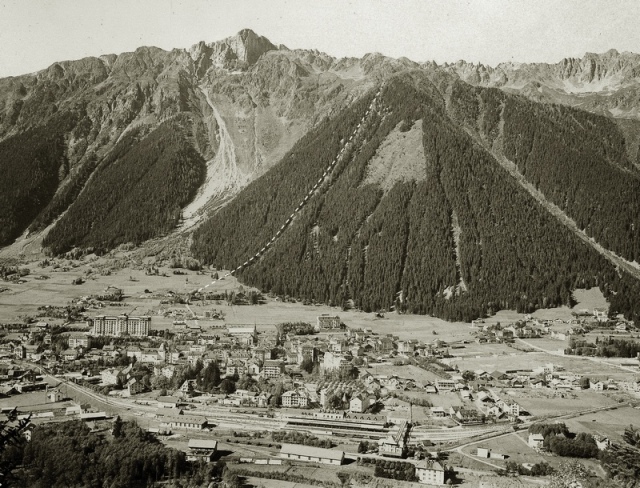 The revised plan utilised 6 reinforced concrete pylons, in contrast to the 23 in the Cachet plan. These pylons stood until 2012 and were as high as 35m containing up to 200 tonnes of concrete. The lift opened in 1928 and offered a carrying capacity of 150 people per hour in each direction and operated both summer and winter.

The cable car from Planpraz to Brevent was opened in 1930. In 1935 an accident happened on the Planpraz cable when the descending car was blown into a pylon and derailed from the cable but, luckily, it was still suspended by the brake cable. The cable car operator apparently improvised a rope with items of clothing and a belt to assist the rescue.

By 1938 Chamonix appeared to be a fully functioning ski resort as this “piste map” shows. Of course there would have been no piste makers or perhaps markers used then!

I think it is interesting that this plan shows two button lifts (teleskis). One is on what is now known as the Savoy ski area. There is still a teleski in that area called “Grand Teleski de la Cote! and it looks to be more or less in the same place as it was then. 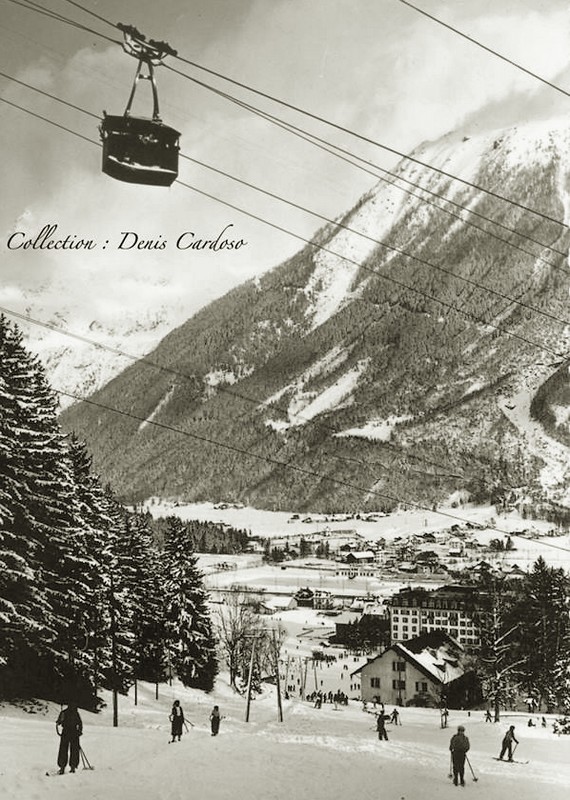 The other teleski, Vioz, looks to me to be more or less where the current Telski Du Stade is. It is interesting that the blue piste that goes from top to bottom of this lift is called Vioz.

In 1945 the Planpraz cabins were modified to provide ski carriers (and foolhardy individuals, unless this is how ski instructors had to travel!) 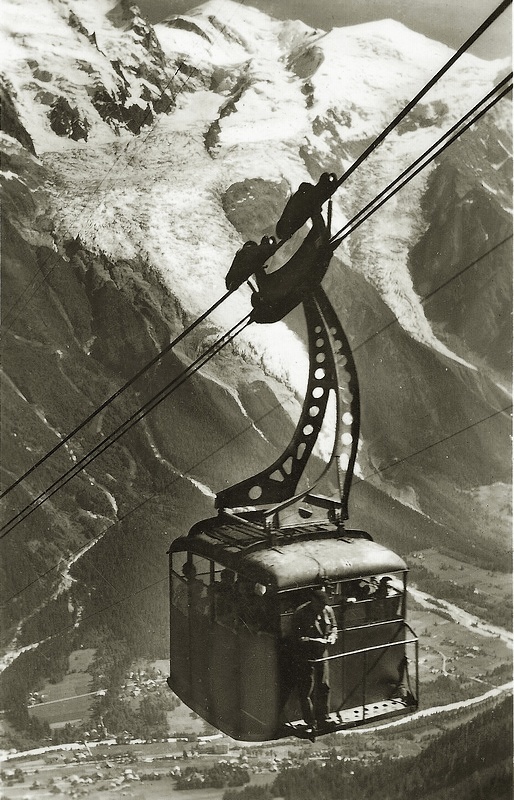 And, in 1954, alongside a substantial renovation of Planpraz a chairlift was constructed, one of the first by the French company Poma, linking the top of the Planpraz cable car with the top of the ski pistes. When I first visited Chamonix, this Altitude 2000 chair lift was still in operation. It had two seats at that time but was one of the clunkiest and most difficult chairs I can recall riding on. I had previously, in Austria, ridden on one of these single chair chairlifts; quite a unique experience. 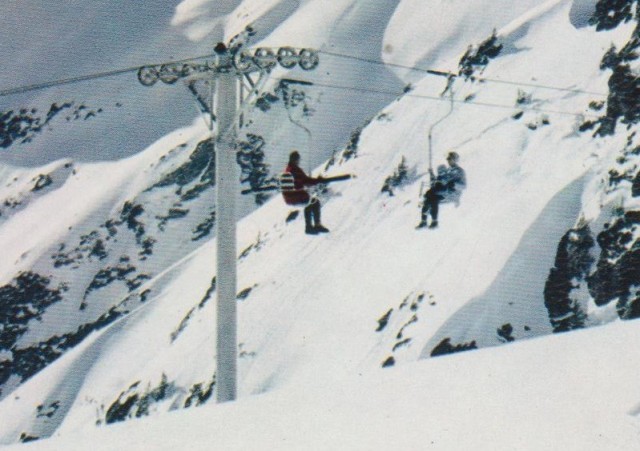 In 1979 the 2 cable cars of the Planpraz lift were replaced by 55 detachable cabins but the route and pylons of the original system remain, although, the arrival point at Planpraz was moved to the position of the roof of the old station. The capacity of the lift went up from 240 to 1500 people per hour. In 1992 the gondolas were replaced by new ones. Finally, in 2008 the station closed and construction of a new lift began. This one started at the same location but within a new building and just about everything else changed. Although roughly the same route was followed, the old concrete pylons were no longer required and the arrival point moved up the mountain to a new location, removing the need for the Altitude 2000 chair lift.

Finally, after what seems to be have been quite a wrangle between the lift company(ies) and the Chamonix Council the old concrete pylons were dismantled and removed completely in 2012.

This entry was posted in Skiing and ski lifts and tagged brevent, cable cars, Chamonix, Planpraz. Bookmark the permalink.

1 Response to History of the Planpraz cable car in Chamonix